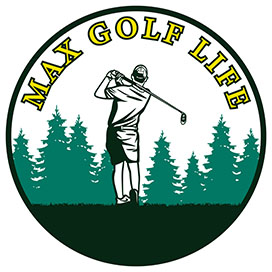 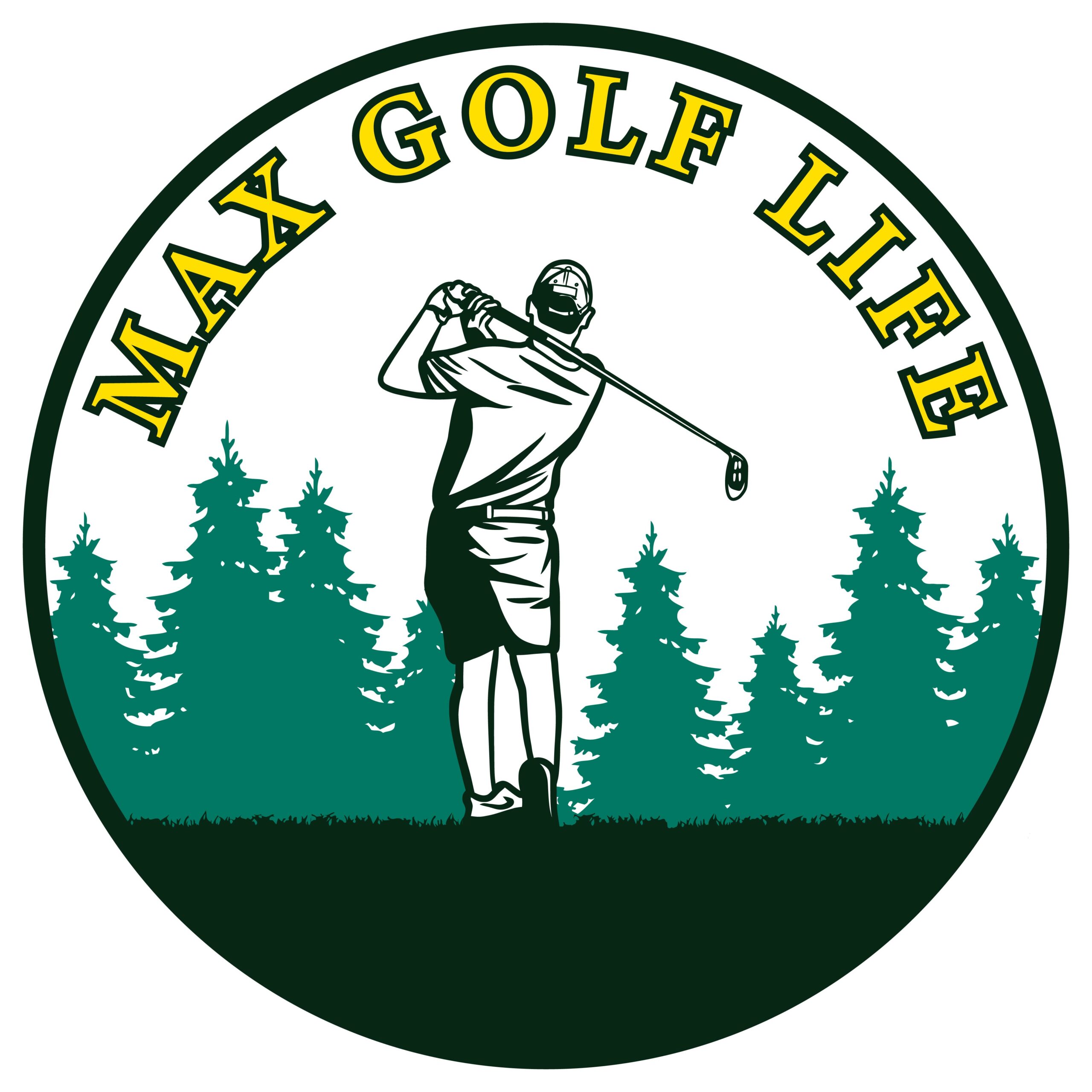 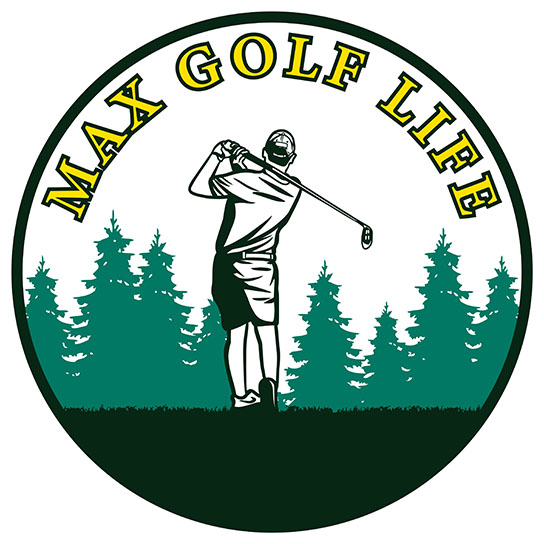 Golfers are always looking for ways to improve their game and lower their score. Many golfers will go to great lengths to make their next round better than the last, often with additional practice sessions or private lessons.

As a golfer becomes more experienced, their golf clubs tend to increase in price. This is because many players believe that a more expensive club will help them land on the fairways more, chip onto the greens easier, or sink a put more often. Time and again, golfers will invest in new equipment with the hope of improving their game.

In 2021, we put this idea to the test and polled a number of golfers to ask them whether they believed that game improvement irons would help a golfer’s round of golf.

In response, 96% of respondents responded ‘Yes’ – a game improvement iron could help lower their handicap and better their game overall. Since so many respondents believe that game improvement irons can enhance their game, we’re going to dive deeper into this topic.

Golf is as much, if not more, a mental game as it is a physical game.  With the knowledge outlined below, after you read this article, you will be positioned to improve your golf game, or at the very least know whether you should purchase game improvement irons. What are Game Improvement Irons?

You may already be familiar with what “game improvement” irons are, but for golf beginners, the term encompasses the largest group of iron golf sets that are available for purchase.

Indeed, a large variety of manufacturers, brands, and styles would be classified under “game improvement” irons.  As such, these irons can be defined by a few key features, including:

Game improvement irons are normally used by slightly more experienced golfers (i.e., not novices) who do not need as much help shaping their shots and instead can control the ball’s flight with somewhat regular consistency.

As mentioned above, game improvement irons have several features that can help you lower your next round.  Below is an explanation as to how such features could benefit your golf game.

With a cavity on the back of the club’s head, the golfer should notice a reduced amount of twist and vibration on the club when the golf ball is not hit in the center of the club head.

As a result, even when a golfer is unable to hit the precise spot on the club head, the iron has a more effective hitting area.  Therefore, these irons can help reduce the negative impact of all-to-commons off center shots.

Game improvement irons have a different weight displacement than ordinary irons.  Specifically, additional weight is added to the bottom of the club head to create a lower center of gravity when a golfer follows through on his or her stroke. Indeed, these irons are created by pouring liquid metal into a pre-formed mold.

In contrast, normal irons are manufactured using blocks of steel. The result – the ball is more likely to be hit closer to the ground, thus causing the ball to ascend higher and creating a softer landing.

Not every shot is perfect, and after several holes, even the most seasoned golfers can find themselves losing focus and/or technique on a shot.  This can easily result in a golfer missing the sweet spot of their club head.

Luckily, game improvement irons help alleviate this concern by having a larger club head than traditional irons.  This means that a golfer can mitigate the chance that an off center strike can cause a hook or slice. A simple concept – a larger club head affords the golfer a larger margin of error.

When lining up your shot and ensuring that your technique stays flawless, it is important to frame the ball with the club. In short, when you look at the top of the club, you will see a line on the club, like soles. With a thicker top line, game improvement irons can help a golfer increase the chances that they will strike the ball exactly where it needs to be.

Specifically, a thick top line will offer golfers more forgiveness on their shots when they hit high on the face. This is because there is more mass higher up in the club face with a thick top line.

In other words, offset is the distance between the forward side of the neck/hosel of the club head and the bottom of the club head’s face.  However, you may not notice this distance unless you purposefully look. The purpose of this offset is to help the golfer’s hands stay ahead of the club so that the golfer gets a better lift on the ball.

The effect of the golfer’s hands coming before the club is to reduce thin shots by presenting the face of the club to create a better strike. With more time to get an optimal position, a golfer is more likely to square their club face at impact.  This will help a golfer achieve a higher launch angle and a stronger ball flight. When Should You Use Game Improvement Irons?

Below we discuss some of the more common answers as to why golfers decide to forgo using game improvement irons.

Whether right or wrong, when you step onto the tee box at the first hole, everyone is watching you. You may be golfing with business associates or someone you are trying to impress. Whatever the case may be, you will want to give a strong first impression.

Some of your fellow golfers may question why your irons have such a large head. The offset may also give rise to questions. In addition, these questions will be amplified if the other golfers you are with use blade irons, which are more traditional, and described in more detail below.

With a larger club head and longer blade length, some golfers prefer to stay with the norm and use a traditional iron. In this situation, egos may prevail over common sense to the extent the golfer is in need of the benefits described above. Some golfers just like the way traditional irons look in their bags, and maybe you fall into this category.

Non-game improvement irons offer more spin by design. Some golfers want to ensure that once their golf ball lands, it spins in a certain direction.

Most game improvement irons are constructed to limit the ball spin and help the golfer control the ball’s direction. Golfers have mentioned that blades or player clubs have a more honest spin and do not otherwise manipulate a true swing strike.  However, if you want to limit the spin of your ball, these irons can help you with this problem.

In addition, this “honest” spin may be more respected by your fellow golfers. Along with spin, some golfers suggest that a blade provides the most accurate shot and distance control. And from a visual standpoint, the blade iron will have a more traditional, smaller club head and shorter length.  You should consider blade irons when deciding whether game improvement irons are the right choice for you. What Type of Game Improvement Irons Should You Consider?

There are pros and cons from buying game improvement irons.  These irons will help with your control and loft, but may face criticism or questions from frequent golfers.  To the extent game improvement irons can minimize your weaknesses, we have provided you with a few irons that you may want to consider.

Of course, you should conduct further online research yourself, but the below options should serve as a good starting point for what type of game improvement irons you should consider.

The forged, carbon-steel body of the Callaway Apex has a traditional cavity-back that is somewhat deeper.  The club also has a sole that is slightly wider than the standard Apex golf club.

The Apex has a cup face that spans across the topline and sole to maximize rebound on the 4- through 9-irons. The club is made of tungsten encased in microsphere-filled urethane.

This material allows for the traditional low center-of-gravity positions that produce the common high arch angle and strong loft. The Apex’s stock steel shaft is lightweight to increase swing speed.  However, the club has enhanced tip stability to keep the club head square at impact.

The Radspeed irons use 17-4 stainless steel and have the variable-thickness face feature to produce more rebound and height.

The Radspeed irons use heel-toe weighting in which a 10-gram screw is placed in the toe, and three grams are added to the heel. Again, this creates the traditional low center of gravity for better launches.

The Mizuno has a thinner face than other game improvement irons, resulting in more flexibility that produces surprising distances. In addition, Mizuno added three additional ribs to the club’s topline to stabilize the frame.  This stabilization will enhance the feel of striking the club.

At a relatively low price, the weekend golfer may want to peruse the hot Metal Prolong, middle, and short irons.

In creating the new 0211, PXG constructed a club with a hollow body filled with a soft polymer toward the back of the club head.  The effect of this design creates a strong rebound at impact.

A firmer polymer behind the thin face also ensures that the club maintains its structural integrity. Of note, these irons are 3-degrees stronger than PXG’s original 0211, which leads to a slightly lower launch with less spin.

The goal of these irons is a classic staple for golf improvement irons: forgiveness in response to a poor strike. Not only does this club help with forgiveness, but it also increases ball speed.

Ping was able to couple forgiveness with increased ball speed by designing a more flexible, free-moving face to the club. Ping’s engineers utilized a heat-treatment process to strengthen the 17-4 steel used for the club head.

The golf ball is launched higher and faster with the G425 courtesy of the club’s sole design.  Specifically, the club’s sole gets thicker as it moves farther away from the face. This club is also aesthetically pleasing due to its shorter blade length and crisp design. If you need some additional assistance with their loft, control, and want to limit the spin of their ball, you should consider purchasing game improvement irons.

However, you should know that there may be negative connotations associated with game improvement irons. These irons can limit the control and distance that blade irons could otherwise offer.

Nevertheless, if you are looking to lower your handicap and continue improving on the course, you may be in the market to purchase game improvement irons.

96% of those polled would agree, game improvement irons can dramatically improve your golf game and reduce your handicap.

Previous article5 Wood vs 3 Hybrid: Which One Should I Carry in my Bag?

Best Golf Wedges on the Market in 2021

NEW GEAR ON THE MARKET

5 Wood vs 3 Hybrid: Which One Should I Carry in my Bag?

What are the Best Golf Grips on the Market?

10 Golf Training Aids That Are Proven To Improve Your Game

The Ultimate Guide to How Golf Handicap Works

5 Wood vs 3 Hybrid: Which One Should I Carry in my Bag?

What are the Best Golf Grips on the Market?

10 Golf Training Aids That Are Proven To Improve Your Game

The Ultimate Guide to How Golf Handicap Works

I’m a participant in the Amazon Services LLC Associates Program, an affiliate advertising program designed to provide a means for me to earn fees by linking to Amazon.com and affiliated sites to keep this site running and provide additional content.